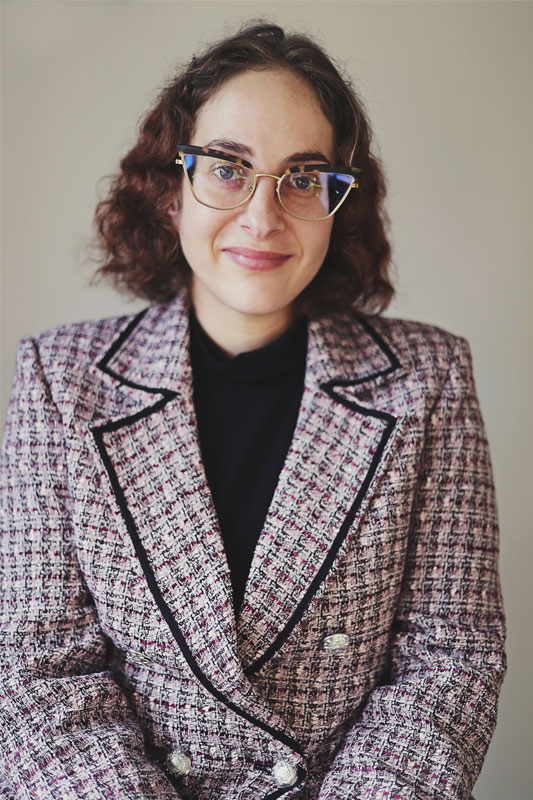 Katherine always suspected it was her calling to be a lawyer, but she ignored those suspicions as long as she could. She graduated from the Savannah College of Art & Design with a B.F.A. in Sound Design, performed and practiced improv while living and traveling all over Australia and Southeast Asia for a year, worked as a Sound Designer in Brooklyn, NY and quickly learned it was not for her, performed improv and interned for the Upright Citizens Brigade Theater at night and worked retail during the day, then finally realized there was no reason to keep fighting her calling to help people with a legal career.

Katherine moved to Detroit in 2017 to start classes at Wayne State University Law School, where she was selected to serve as the Vice President of Student Affairs of the Women’s Law Caucus; the Treasurer and board member of the Wayne State National Lawyers Guild chapter; and Assistant Editor, then Managing Editor, of the Wayne Law Review and was honored with the Silver Key Award.

She spent her 1L summer as an intern with the State Appellate Defender Office, where she worked in the juvenile lifer unit, helping with clients who were unconstitutionally sentenced to mandatory life without parole as juveniles try to get lesser, more just, sentences. She was an extern with the Sugar Law Center for Economic & Social Justice, where she helped workers fight for justice against big employers. Katherine received Wayne Law’s Public Interest Law Fellowship for her 2L summer spent learning how to be a movement lawyer with the Detroit Justice Center. She followed that up with Wayne Law’s Asylum and Immigration Law Clinic, where she and a partner represented an asylum-seeking client as a student attorney. Finally, she graduated!

Katherine is ecstatic to be an Associate Attorney at Marko Law, where she knows she can learn from the best to help people who have been wronged and need justice.