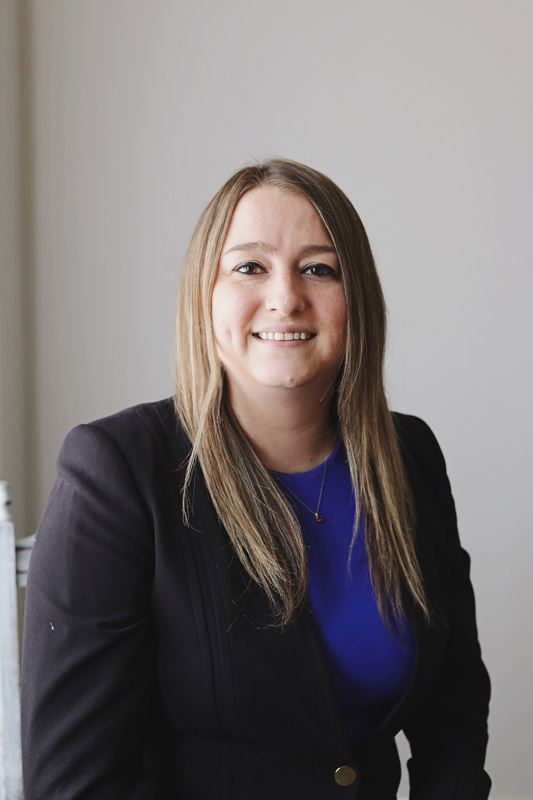 Kirstie R. Magyari grew up in Brighton, Michigan, where she then attended Michigan State University, majoring in Human Development and Family Studies, with a focus on pre-medical coursework. There, Kirstie clocked an endless number of hours working with children and families, rotating through several areas of the medical field in order to gain insight in the profession. After completing an internship with the Ingham County Circuit Court-Family Division as a Juvenile Court Officer, however, Kirstie knew she was meant to work in law.

Kirstie then went on to attend Wayne State University Law School, where she was able to continue her drive for helping others in Wayne Law’s Legal Advocacy for People with Cancer Clinic (“LAPC”). In LAPC, she was able to work in conjunction with Karmanos Cancer Institute to provide legal services to low-income cancer patients. Passionate about the city of Detroit, during her time at LAPC, Kirstie was able to coordinate a multi-disciplinary workshop at Wayne State University aimed at reducing health disparities in the community.

While at Wayne Law, Kirstie was a Board of Governor’s Scholar (2015-2018), received an Annual Faculty Award for Excellence in Constitutional Law (2015), was elected and entrusted as treasurer of the Wayne Law Student Board of Governors for two consecutive years (2016-2018), and was awarded the Student Voluntary Pro Bono Award (2017).

Previously, Kirstie also worked as a legal extern for an international automotive supplier as well as a law clerk for other multi-disciplinary law firms in metro-Detroit. In 2017, she found her home at Marko Law.

As an Associate Attorney at Marko Law, Kirstie hopes to take her experiences and passion for helping others to advocate for clients in a wide range of matters, including particularly those involving civil rights.