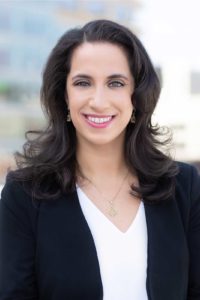 Lauren M. Sitto grew up in West Bloomfield, MI where her father, an immigrant entrepreneur, helped in paving her way to becoming a lawyer.  She always had an interest in law since she was 10 years old. From learning business tips from her father, to standing up for what she believes in, Lauren has always seen that law would complement her upbeat personality well.

Before completing her degree in Political Science at Wayne State University, Lauren worked as a paralegal for a Personal Injury firm for a total of 8 years which continued into Law School. She learned the skills that Law School would never teach her, and realized it put her at an advantage once she became a Lawyer.

Lauren obtained her Juris Doctorate at Western Michigan University-Thomas M. Cooley Law School in 2016. While there, she interned as a judicial clerk with the Honorable Marc Barron at the 48th District Court. Lauren also interned at the Wayne County Prosecutor’s Office in the Preliminary Examination Department. Both internships shaped Lauren into learning the everyday skills any Lawyer needs to succeed.

While at Cooley Law, Lauren received a Certificate of Appreciation in 2014 for Pro Bono Recognition and participated in the ABC/Cooley Pro Bono Bankruptcy Project in 2015. She also participated in the Ann Arbor Regional High School Mock Trial Competition in 2014. During all three years at Cooley Law, she served on the Chaldean American Student Association and Business Law Society.

As is shown, Lauren exposed herself to many different areas of law but always came back to the same field, Personal Injury. This is where she feels at home since she is confident that she can help those who were wrongly injured. Most importantly, she is known for her organizational skills, work ethic and constant keeping in touch with clients and their needs. Lauren is proud to be an associate here at Marko Law and hopes to continue to grow with the team.