A jury has awarded nearly $37 million to our client who was arrested for drunk driving and taken to the Genesee County jail where he was pepper-sprayed, hit with a stun gun and restrained face-down with a hood over his face.

The verdict in favor of William Jennings was returned in Detroit federal court where five former or current county officers were sued, accusing them of excessive force after an arrest in 2010.

More than half of the multimillion-dollar verdict came in the form of punitive damages.

Attorneys for the officers said Jennings’ treatment wasn’t unconstitutional. They said he wasn’t compliant and had resisted efforts to contain him. 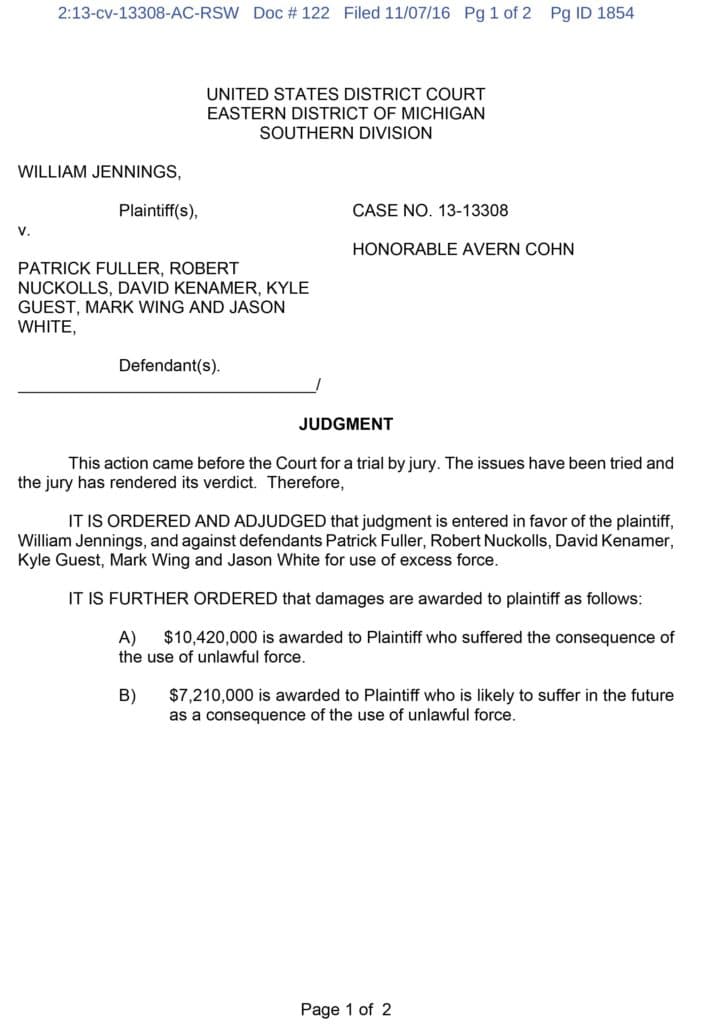 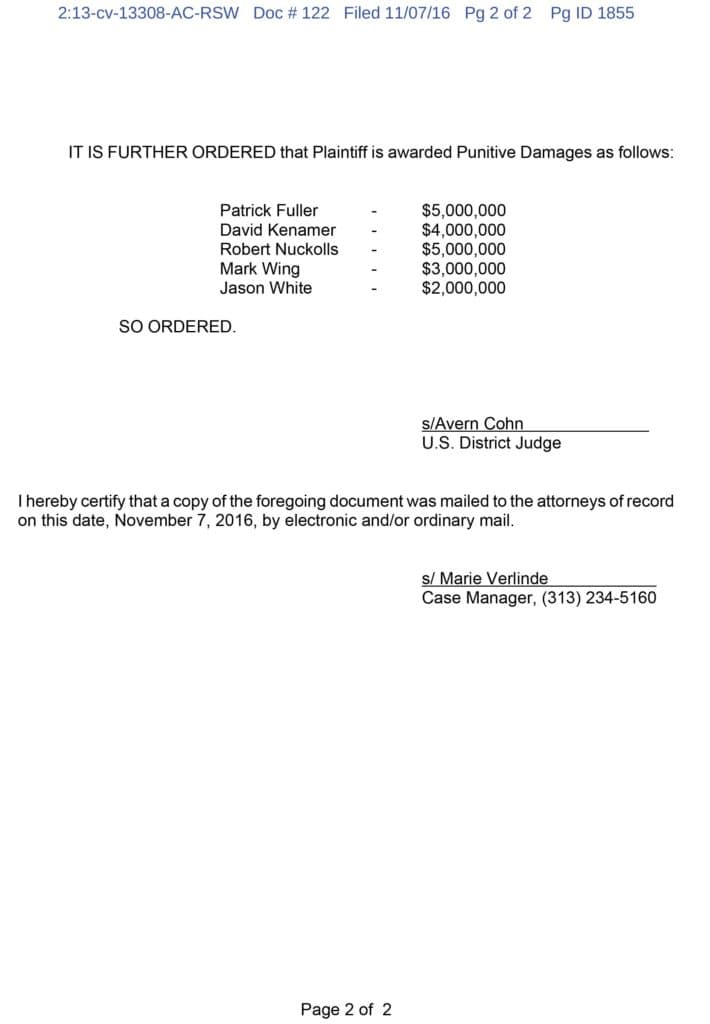